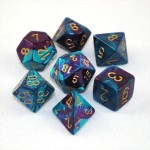 Please, please forgive that title. I was thinking of going with ‘Of Dice and Men’, but that was taken. ‘Nice to be dice’ just doesn’t make much sense. ‘Dice, dice, baby’? Actually, that last one might be better. Feel free to chime in with feedback re: the title.

This is going to be an account of my own personal experience delving into Dungeons and Dragons and not necessarily a guide for aspiring DM’s, but here are a couple of links with the most essential resources I’ve found while learning to play.

Also, while it’s not essential for those starting off, it’d be a crime not to mention Roll20. It’s a complete online suite of DM tools and allows for voice/video chat, hand-drawn maps, uploading your own backgrounds, character and monster tokens, and things like programmable damage calculation.

You can expand your options for races, classes and backgrounds by buying the official Player’s Handbook and Dungeon Master’s Guide (a couple of other supplements add more playable races too), but the links above are just for those looking to start out with minimal financial investment. That’s all the useful stuff, see below for my story!

I’ve committed a considerable portion of my life to pursuits of the nerdly. There’s twenty years of gaming and comic experience all stashed in my dome piece, with pages and scenes from sci-fi and fantasy books and films tucked away in there for the sake of easy quoting when the situation arises. Those were mostly solitary pursuits though, and it wasn’t until two years ago when a friend introduced my social circle to board gaming that this really changed.

As a group, we were smitten. We began with the card game Coup, a game of deception where everyone is assigned two characters with unique abilities aimed at keeping themselves alive while amassing enough money to kill the others. Two things were discerned from this. First, that our group had a natural proclivity for deception. Second, everyone is very suspicious after a couple of drinks. The inclination towards deception and role-play led to a healthy affinity for games like Betrayal at House on the Hill, Dead of Winter, Spyfall, T.I.M.E. Stories and Star Wars: Imperial Assault. It was a rapid decline, and it wasn’t long before someone ended up suggesting we try Dungeons and Dragons.

For a long time afterwards it was spoken of in vague terms, where no major progress was made but we were positive that we wanted to play it. Nobody involved had any experience, but as a result of listening to the McElroy podcast The Adventure Zone I was hugely interested in pushing it forward. I volunteered to DM and set about learning how to actually play. Little did I suspect the cold steel gauntlet waiting to smack me in the face on delving into the fifth edition Player’s Handbook and Dungeon Master’s guide. Hundreds of pages fell before me as I consumed every last scrap of material that Wizards of the Coast have published for 5e.

Foolishly I thought that the pre-made characters didn’t provide a suitable level of intimacy or familiarity with my group of friends, so I set about making my own. Ever more pages of online help articles were consumed, as I frantically wrote and rewrote character sheets. “What’s this? An offhand weapon attack doesn’t gain an ability score bonus?” I would exclaim, before spending the next half hour cursing violently and doing everyone’s weapon details over again.

Having pored over all of the available options for character sheets, I had gone with a simplified, one page version. I knew first-hand that the learning curve could be steep, and didn’t want to risk people losing interest by having to spend too long familiarizing themselves with a full three pages of things that they didn’t understand. This proved to be a mistake, as it took a bunch of extra effort to summarize the abilities and features of each persons race, class and background.  I had decided on all of those for each of the players based on an overall understanding of what skills the party would need, but it’s up to you (and them) to decide how much involvement they should have at this point. The things I left undecided were alignment, character name, and gender. Those are pivotal to how the character is role-played, and I didn’t want to hem them in on that front.

Then came the spellcasters. Fifth edition has quite a number of classes with access to magic, and while the rules governing the use of magic are all the same (cantrips being free, everything else requiring spell slots of individual levels that regenerate daily), the rules surrounding how each class acquires and prepares spells for use differ greatly. Getting to know the rules for each of the spellcasting classes in the party proved essential as it took a while for everyone to get to grips on what they could use and how often.

At this stage I was fairly chock full of game mechanics and ran into some trouble when it came time to memorise how combat played out. Fortunately the actions available and order of combat are covered in the cheat sheet at the beginning of the article and the rules governing line of sight, cover and status effects are on the official Dungeon Master’s Screen. There’s very little official merchandise that I’d recommend purchasing in order to get started, but it’s a must if you’re like me and prefer to follow the rules to the letter where possible.

Now, with all of the fundamentals covered, it was finally time for adventure! At which point I found myself pooped and absolutely not bothered picking through suitable monsters and potential quests, so I set about scouting out something WotC had published. The Starter Set includes the Lost Mines of Phandelver adventure, but I wanted something more dramatic and went with the Curse of Strahd, a gothic horror set in the suspiciously eastern European land of Barovia. This turned out to be a real struggle, as it seemed that to avoid railroading the players I would have to know the source material inside out and be able to account for any eventuality that the players chose. However, this was a chore, so I more or less railroaded them. For the first few sessions at least, while everyone found their feet.

As much as it hurt me to not know exactly what I was doing when I set out to play, it turned out that that’s just something to be taken as a given in D&D. There’s a wealth of information that has been refined over decades to bring the game to the format it exists in today, so not having a complete mastery over it the first time it’s played is to be expected. A good bit of time is spent finding the balance between what’s determined by a dice roll and what’s taken for granted because of a characters proficiency or good role-playing. Similarly, there are rules that might not work for the party or might detract from the pace of the story that may be better off excluded altogether. Our characters seem to have done away with the need to eat, as we just take it for granted that they don’t just neglect to ensure their continued survival.

Starting out playing D&D is a pretty big undertaking, but when your player characters are proposing to each other, relieving themselves on private property, or trying to seduce the most elderly woman you can possibly describe, it’s definitely worth it. This was more just an account of my first time, so I apologise if you were expecting to find actual, helpful advice here. The links provided above should be of use, but if there’s anything specific you might need help with then feel free to comment below and I’ll assist wherever I can!

I write about games and junk in the hopes of one day being an actual games journalist.